What are the Hottest Technology Trends for 2018 - Part 1

Author - David Fearne, Technical Director at Arrow ECS shares what he thinks will be the hottest trends in the tech world in 2018.

1. The convergence of innovation and adoption 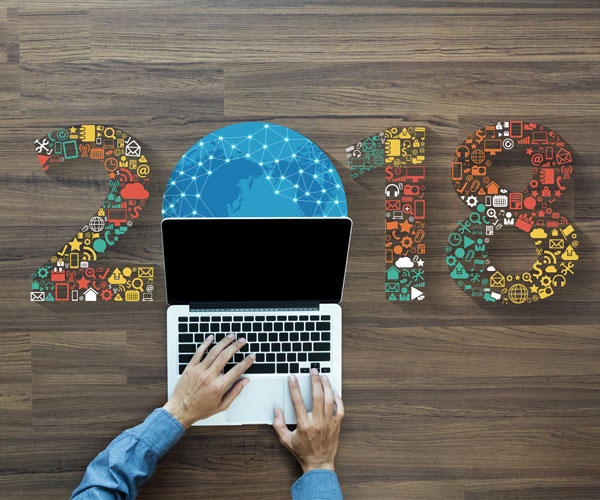 This is the third consecutive year that I have written my technology predictions and, as the years have gone on, writing it has got harder and harder.

The purpose of this piece is to help the channel see the wood through the trees of our industry and, to that end, these are not the predictions that many organisations will put out.

However, these are trends, technologies and concepts that are specific to the UK IT channel, and they need to be appropriate for channel adoption and mainstream enterprise implementation.

This definition has changed itself immeasurably over the years and the first concept is the outcome of this change.

Think about how you consume things like your daily news update, or your banking needs, even down to how you choose your takeaway.

Take a second to think about why you buy pizza from one company over another, because you have an overwhelming love of their pizza? Or because they target you with personalized marketing, make it easy to order and pay on your mobile device, track the pizza so you know exactly when it will be delivered?

Now apply this to almost any other industry or service. You will find that adoption of newer technologies helps to drive the competitive advantage.

2. The Next generation of the web

The web is old, really old, in technology terms.

Little has changed in the 34 years the Internet has been around for. But in 2018 that could be changing.

Some serious deficiencies are starting to become apparent in both functionality and security to meet the modern demands of the web, and the sticky plasters we applied are losing their stick.

So let’s look at 4 technologies and principles of the web we use every day and how we are innovating around them; 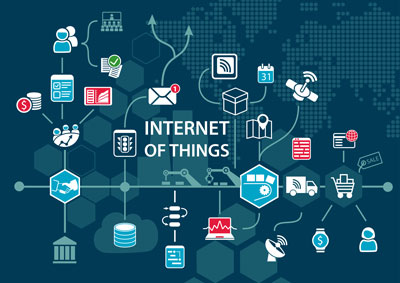 It’s always good to start with a big one. Passwords are one of the single weakest points of the modern web.

This is because they are inextricably linked to the weakest part of security full stop, the human beings that create them.

What we need to do is get away from passwords altogether.

Methods like Secure Quick Reliable Login (SQRL 1) and Google reCAPTCHA 2 are trying to remove the need for every site we visit to hold their own comparable copy of our, often weak, passwords.

Instead, they leverage our immutable Internet activities and strong, yet low friction, cryptographic security to provide a transparent ultra secure experience.

File download technologies have been around for 32 years, could we do better?

Enter the rather impressively named InterPlanetary File System (IPFS 3). IPFS has been designed to speed up and lower the overhead of the Internet. A big claim.

The approach is classic peer to peer with a difference. It uses a decentralised file system so the file will almost never be unavailable and all files are signed with a cryptographic hash, meaning that you are only ever looking for the hash, not an ambiguous file name.

This is also not just for the classical file downloads, but for every element of every webpage you look at, fundamentally increasing the availability of web.

Email has remained almost identical since its conception over 40 years ago.

However, is 2018 the year that it gets fully augmented by another technology? For example as a messaging service?

The likelihood is that it will probably not be the one that your company has dictated you must use.

Organisations invested heavily in corporate messaging systems from the major manufacturers over the last few years.

But still, technologies such as WhatsApp, Slack and Snapchat are where the conversations are happening.

IPv6 is the oldest prediction going, we have had this one in the wings since 1998 when the standard was originally published.

So why do I think that 2018 might be the year we start to see its final implementation?

Two reasons. The first is we have now depleted all our IPv4 address space, it’s a finite range 4,294,967,296 to be exact. This might seem like loads but are now all but used up.

This should solve our IP addressing problems at least for our lifetime, our children's, their children… you get the idea. So why do we need these?

Well, this brings me to reason two for the prediction, to meet its predicated scale IoT will need to have a commodity Internet identity.

IPv6 is perfect for this. So watch this space. 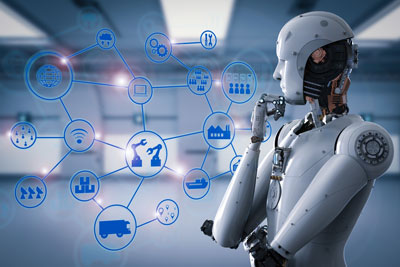 Back in 2016 CEO Elon Musk and Cambridge physicist Stephen Hawking made the front pages by being prominent signatories on an open letter warning about the dangers that artificial intelligence (AI) may pose when not properly regulated and research into it monitored, as well as the need for concerted efforts in the research community to guide AI towards socially positive outcomes.

The problem many have with AI as a concept is that it has often figured in popular culture as a dangerous, or even apocalyptic, power. Think Skynet in Terminator 2 and beyond.

Now, this isn’t totally unwarranted as you will see from a later prediction.

However, it is important that we don’t tar all AI with the same brush. Easier said than done when, even to technically minded people, the advances and capabilities of AI are magical.

We are many, many years away from true, general purpose unsupervised learning. But like many technologies, it is as much a PR battle as a technical one and this is where it will commonly start to be called Augmented Intelligence.

This is trying to refer to this technology as an assistive technology first and a human replacement second. The hope is that it will soften its apocalyptic side…

4. A solution looking for a problem? No more!

As I mentioned previously, I have now been writing these trends for 3 years and it is finally time to throw my Blockchain hat in the ring.

I believe that 2018 will be a big year for this technology. 2017 was a crazy year for Bitcoin, the largest current implementation of blockchain technology.

The value of every coin going up faster than any other currency in the world in 2017. Bitcoin has shot up over 2207% in one year.

It does suffer from very turbulent FX fluctuations, but it is now being traded on normal exchanges, companies are performing ICO’s as well as IPO’s and many new currencies have spun into existence like Etherum and Litecoin.

This makes Cryptographic currency trading look like the money-making opportunity of the future.

But this isn’t my prediction; my view is that the value of Bitcoin is driven by a fundamentally better belief in the robustness and security of the underlying technology that makes Bitcoin work.

This then opens the floodgates for organisations to start to develop with Blockchain and more precisely what is known as smart contacts.

This is a distributed way for two parties to transact without needing to know, or trust, one another, to use a central intermediary like a bank or an escrow and not to worry that system or organisational failure (another banking crisis) could wipe out the existence of the contact.

It is an automated distributed method stored on a Blockchain making it immutable and distributed, ensuring that unless every computer with a Blockchain wallet fails, the contact will always execute.

Comparing the availability metric of a centralised data centre system to the distributed nature of Blockchain, is like saying ‘n+ 2 or 3’ (2 or 3 being the number of replicas the data makes in case of failure) to ‘n +4.7million’.

Leveraged correctly, this technology will change the way we have to view trust both online and in our systems of record.

Either as a method for banking, insurance or terms of service. 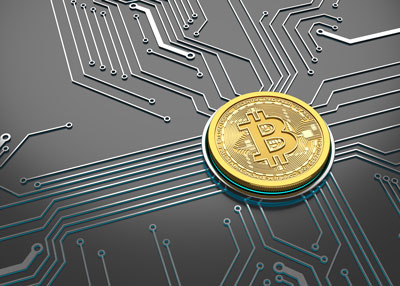