The Business Opportunity to Invest in Cloud Orchestration 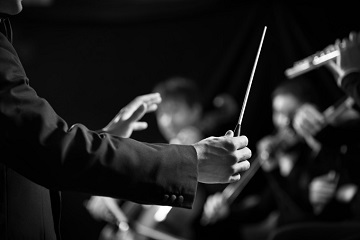 There is currently a huge void between a successful IT implementation and a valuable business outcome. From our observations, a system being online, and functioning as anticipated, often only makes up 20% of the outcome the company expects.

The remaining 80% is made up of system integration, configuration, and customisation (40%) end-user experience, training, and support (30%), system lifecycle management (9%) – while cloud orchestration and subsequent automation is only 1%.

Most customers don’t even think about orchestration being one of the most ‘Return On Investment (ROI) heavy elements of any IT system implementation – or as an accelerator to a successful business outcome. But, to businesses, an outcome shouldn’t just be flashing lights or a shiny web console – it’s much, much more.

There are three examples that highlight the importance and business benefits of cloud orchestration and automation:

Orchestration and automation help to streamline application and user acceptance testing. The importance of automating the test process, along with the build development of test environments, should never be underestimated. Once a working and tested environment is approved, cloud orchestration can help with the build process – helping both future tests and developments, and fixing any bug activity.

It is vital cloud users test and re-test unusual loads, attacks, losses, and disasters. Once point one is in place it becomes a minor task testing the system for the unthinkable and inevitable. Some situations will be positive, such as an increased load, which is specifically an area where orchestrating a response and then automating the actions is critical. However, business systems crashing during high workloads due to the success of the company, is unacceptable.

It’s also critical in the organisation to be able to test, in detail, how the business could be vulnerable to attacks using a mirror of the production system. To ensure this doesn’t happen, companies must test availability strategies for losses and disaster, and then compare the results to the delivery of that business outcome before anything fails.

Another contention between IT and the business is HA DR investment, as it’s more often than not an estimation and can leave an organisation crippled in the event of a failure. Before any event, test and report on the facts – then modify and re-test as required until there is an agreed, tested and documented availability strategy in place.

3. Orchestrate to your audience

Orchestrating the end-user functions means more consistent outcomes and better served customers – and can be done 24/7 with no extra cost. Understanding what’s hampering the end-users is also essential. End-users are both your customers and the workforce delivering the business outcome. Most IT projects are designed to transform the workforce, so investing time and energy into understanding what that means to them and how one department differs from another is vital.

This can be a lot of work but just think in terms of ROI or Return on Time. Orchestrating simple tasks, including service desk activities, such as re-setting passwords and unlocking accounts – unless they are in conflict with security orchestrations – makes things much easier for the end-user. Nevertheless, when orchestrating end-users’ functions ensure it’s used as a tool and not a substitute.

Orchestrate and automate to stay ahead

Orchestration, and subsequent automation, underpins 100% of the modern IT infrastructure – allowing organisations to look forward rather than fire-fight various elements of a business. The end goal should be saving time that can be re-invested and used for research and developing, allowing an IT organisation to take a true bimodal stance.

This blog article was originally published on comparethecloud.net