Are you an eagle or an ostrich, when it comes to the Internet of Things?

What questions should we be asking ourselves before embracing the Internet of Things (IoT)? You can neither afford to ignore it, or fly headlong into a storm of security and bandwidth issues. Chris Cooper, Co-Founder and Director of KnowNow Information, spoke to The IT Insider on this subject.

Always ask ‘Why?’ before you fly 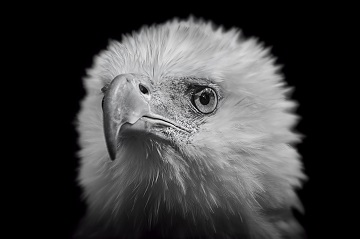 The first question to ask is “Why do you want to connect something to the Internet in the first place?”. Rather than simply embracing IoT technology because it’s there and affordable, it’s important to establish exactly what information you want to access and how you will then be able to utilise it effectively. The truth is that the ‘Internet of Things’ isn’t really about the ‘things’ at all, so focusing on the technology is a big (but common) mistake. Instead, the focus should be on business transformation – deepening the relationships that an organisation has with their products and customers by enriching the points of interaction.

Information is only ‘good’ if it’s useful and usable and unfortunately, much of what’s currently being created through the IoT is fairly pointless. Just because it’s now possible and affordable to connect data sensors and devices to capture data, doesn’t mean we should simply go ahead and do it. IoT connections become worthwhile when the data they deliver is helping us to use less, share more and make better use of assets. Always ask yourself whether the data you’ll generate will help you to make a decision that will drive the business forward. If not, it’s probably a waste of time and money.

Don’t bury your head in the sand

That said however, there’s a great opportunity to drive genuine competitive advantage through the IoT if the right business processes are identified.

Take traditional manufacturing organisations for example, who tend to sell their products through third parties. They have a dilemma in that they rarely know who their customers are and have little insight into how their products are ultimately used. Without that connection to the end user customer, it’s almost impossible to gain visibility into the customer journey and experience that can help to drive the business forward. Having a connected product makes a huge difference in this scenario.

The Internet of Things can also have a significant positive impact in areas such as healthcare. With NHS resources so stretched for example, imagine a scenario where an intelligent environment can be created around those requiring care in their own homes. Connected devices would identify whether an individual had performed certain acts at the expected time, such as opening their medicine container, turning on the kettle or TV, or moving around the house – identifying the need for intervention automatically, rather than simply waiting for a care worker to make their scheduled visit.

Clear your flight path before take off

The potential benefits seem obvious once you think about the real life scenarios, but they are not necessarily easy to achieve. Capturing the data from connected products is the easy part really and the challenge comes in how to turn it into actionable insight.

Standardisation around how data is held and transferred in such environments is essential – particularly in situations where real-time intervention is key to how useful that data will prove to be. If the IoT is going to prove effective, datasets and APIs need to be more open, more available, and more usable. KnowNow have chosen to develop new applications on IBM BlueMix – an open standard, cloud-based platform for building, managing and running apps. It enables us to take a ‘fail fast’ approach when developing new solutions – ensuring that we can quickly move between different versions – turning a day’s work into a 30 minute exercise.

Take a look at this short video interview with David Patterson of KnowNow, explaining how we use the BlueMix service to support our customers’ requirements effectively.

IoT connections also need to be secure, and this critical aspect of any data-driven project cannot simply be an afterthought.

"There isn't any category of devices that has not been hacked to some degree: we're talking anything from lightbulbs to nuclear power stations. As soon as you connect something to the internet then it's hackable and it's a target," says Duncan Brown, research director at analyst firm IDC.

When you think about how much difficulty organisations have in keeping their own IT infrastructure secure from attack, the idea of securing an IoT network that’s on a far bigger scale - formed out of devices they may never see, or touch, or own – and is collecting incredibly sensitive data, the security issues become clear.

"It's absolutely not theoretical -- it's happening all of the time. It's not any more difficult to hack a wi-fi-enabled lightbulb or fridge or microwave than it is to hack a PC. And in fact in many cases it's orders of magnitude easier because they are less sophisticated and nobody has built antivirus for fridges yet," says Brown.

Everyone needs a co-pilot

KnowNow chose to partner with IBM, to leverage their expert advice and technology, which means that we can ensure our customers’ data connections are simple, secure, intelligent and accessible. Working through BlueMix, It’s quick and easy to trial and test sensors and apps – visualising the data streams coming in so that they make sense from a business perspective.

For our customers, this means they can approach KnowNow as trusted advisors that can not only help them to capture the right data at the right time in the first place, but to really get to the heart of what the insights mean – displaying data from multiple points in a visually compelling way. Having the information is one thing – knowing what to do with it is another, and that’s where we come in.