The internet of things may sound like a futuristic term, but according to a recent blog from Raconteur, it is already here and improving our lives.

Multiple machines, devices and appliances connected to the internet are providing consumers and businesses with innovative new services. Moving beyond smartphones, tablets and other consumer electronics, wireless connectivity is now being added to a wide range of machines, including vehicles, household appliances, monitors and sensors in the internet of things (IoT).

Machine-to-machine (M2M) technology will underpin the IoT by allowing these new types of devices to send and receive data, and communicate with each other. Cellular M2M is one of several technologies that provide this type of connectivity. There were 315 million cellular M2M connections globally as of this month and growth is set to accelerate over the next few years. The total number of cellular M2M connections is expected to rise at a compound annual growth rate of 26 per cent between 2015 and 2020, bringing the total to just under one billion; however, this figure may prove to be somewhat conservative.

Globally, the fastest-growing M2M sectors are in the areas of automotive, security, compliance reporting, utilities and health. There are also increasingly tangible benefits for consumers from the growing range of new connected services, with a strong focus on both wearable devices and the potential of the so-called smart home.

The impact of the IoT is already evident in consumers’ homes. Connected home security systems, energy meters, games consoles and other appliances are enriching the lives of people in many markets around the world. Connectivity gives consumers remote control of their home, enabling them to save money, access new services and enjoy greater peace of mind.

Consumers are becoming increasingly aware of, and receptive to, connected home solutions. Research suggests that smart meters, connected security systems and connected lighting systems in particular are on the cusp of becoming mainstream in developed countries. After computers, games consoles, smartphones and tablets, smart meters appear to be the most widely adopted connected device, according to a KRC Research survey commissioned by the GSMA, representing the interests of mobile operators worldwide. 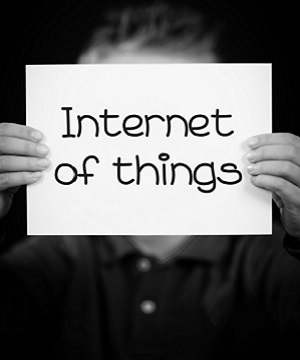 Connected security systems typically make use of sensors to monitor when doors or windows are opened and when there is movement within the property. There are also home automation systems that enable elements of the home to be remotely controlled, so householders can lock and unlock doors, for example, using their smartphone. If consumers want their home to appear occupied, they can automatically switch lights on in the evening or turn the radio on – again, with a touch on their smartphone.

Such connected security systems can be configured to send a message to the consumer’s smartphone via the mobile network if the user is in a different location and certain criteria are met. For example, a parent might want the system to send them a message when the front door is opened, signalling that their children have returned from school. Some connected security systems also incorporate video cameras that can be remotely monitored and controlled, enabling the householder to check on individual rooms or outside areas.

Today, too many homes waste energy. Central heating, air conditioning and hot water systems are programmed to come on at certain times each day, regardless of whether the property is occupied or not. Moreover, some households could save energy by only heating or cooling those rooms that are actually being used.

With connected thermostats and/or smart meters, consumers can control energy use from their smartphones, enabling them to turn off lights from the office, for example. In some cases, connected heating and lighting systems can be configured to switch off automatically when the occupants’ smartphones leave the building.

Conversely, smart meters can also relay consumption information to an energy or water supplier, removing the need to send out meter readers, while giving the utility greater insight into the household’s consumption patterns and how they vary with time. The utility can offer customers discounts if they configure certain appliances, such as washing machines or dishwashers, to only come on during quiet periods, such as the middle of the night when overall demand is low.

Wireless technologies can make it easier for both patients and their clinicians to monitor chronic diseases, such as diabetes and heart disease. A person living with diabetes, for example, can use a connected blood glucose monitor to capture regular readings, and help them manage their intake of sugar and insulin.

“By harnessing the potential of continuous connectivity, the internet of things promises to bring about another industrial revolution, enabling a step-change in productivity, driving economic growth and enriching the lives of billions around the world”

Similarly, connectivity can help to provide care for babies and for the elderly. A connected vest could monitor a baby’s sleeping position and breathing, while a connected wristband could detect when an elderly person has suffered a fall and then send a message to a relative. In the case of people suffering with Alzheimer’s disease or dementia, connected devices could track if the patient leaves a certain pre-defined geographic area.

Connected health monitors, which track heart rate, blood pressure and other vital signs, can also be used for prevention, reducing the need for patients to see clinicians for face-to-face check-ups or spend time in medical facilities having tests.

These are just a few of the many examples that demonstrate the power of mobile and the IoT, and we are only at the very early stages of what will be a significant market opportunity. By harnessing the potential of continuous connectivity, the IoT promises to bring about another industrial revolution, enabling a step-change in productivity, driving economic growth and enriching the lives of billions around the world.

This blog was originally published by Raconteur on 13th December 2015: http://rcnt.eu/ghv