Are you secure in the cloud?

Whilst in the past security concerns may have prevented SMBs from using cloud services, 2016 is likely to see a complete turnaround, with security concerns becoming a key driver for small businesses choosing to adopt the cloud.

As managing security in-house becomes increasingly complicated, the simplicity of accessing applications such as Office 365 through the cloud is becoming increasingly attractive. Simple to set up and use, whilst avoiding the cost of investing in new on-site infrastructure, SMBs are spared much of the worry over data breaches – relying on the specialist expertise of third parties to do the job for them. 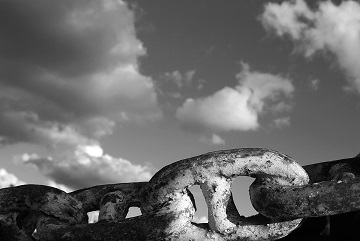 Research by the Cloud Industry Forum (CIF) found that fears over security, privacy and lack of control are still holding back the rate of cloud adoption. Polling 250 senior IT and business-decision makers from UK public and private sector organisations, 70% cited data security and 61% data privacy as a major concern, with 40% worried about losing control of their IT systems.

The reality however, is that 99% of those using cloud services have never experienced a security breach, with the most common causes – inadequate firewalls, data leakage, lost or stolen devices and unsecured Wi-Fi connections – all being issues that are more prevalent amongst organisations not using the cloud.

2. “Cloud is too expensive”

Whilst the up-front expense of adopting cloud services can prove prohibitive for small businesses with limited budget, CIF’s research showed that only 56% of UK businesses view operational savings as a key driver in moving to the cloud.

By taking a forward-thinking strategy, organisations can benefit from the significant operational savings that will emerge once the migration is complete – off-setting the initial investment and proving a valuable asset in driving productivity and boosting the bottom line.

3. “Migrating to Cloud is too complicated”

Many SMBs are put off the idea of migrating to the cloud on the basis that it will be time-consuming and have a negative impact on business productivity, due to downtime and data disruption.

According to CIF’s latest research though, less than 40% of SMBs using cloud solutions found the migration process ‘difficult’, with 99% satisfied with their chosen method of migration.

Insights from the 2014 IBM CISO Assessment suggest that organisations are rapidly gaining confidence in building their cloud security strategy, with almost 90% having already adopted cloud initiatives. This is backed up by IDC’s latest research, which found that cloud is becoming fundamental to the nature of the way business is done and IT is provisioned today. IDC predicts that by the end of 2018, 40% of all IT spend will be for cloud oriented technologies and delivery models – increasing to 50% by 2020. So, what’s driving this increased confidence in the cloud?

A recent Gartner report highlighted the fact that reports of cloud security failure continue to be conspicuous by their absence, with virtually no mention of public cloud failures appearing in prominent studies, such as the annual Verizon Data Breach Investigations Report.

Gartner concludes that misconceptions about the relative security posture of public clouds have not only stopped organisations from taking full advantage of the cost savings and agility of commercial cloud services, but ironically, have even lead to unnecessary security risks, as organisations continue to rely on poorly managed in house systems that often have more security vulnerabilities than their public cloud equivalents.

So it seems that 2016 really is the year to feel secure in the Cloud. Are you ready and willing?

Once you have participated, you’ll be able to view the results in real-time, as well as having the option to share the final poll results with your own followers.